In the other opening-day fixture, Ireland will face Namibia.

Defending champions Bangladesh will play Papua New Guinea while previous edition’s runners-up Ireland will take on Namibia on the opening day of the ICC Women’s T20 World Cup Qualifier 2019 in Scotland from August 31 to September 7.

The league-cum-knockout tournament, which decides the two qualifiers for the Women’s T20 World Cup 2020 in Australia, will also see Scotland take on the USA and Thailand fight it out with the Netherlands, as all eight teams play on the opening day at the two venues the Forfarshire Cricket Club in Dundee and the Arbroath Cricket Club.

Namibia were named replacement for Zimbabwe, having finished second in the Africa regional qualifiers earlier this year, while the Netherlands (Europe), Papua New Guinea (East Asia-Pacific), Thailand (Asia) and the USA made it after winning their respective qualifying events. Scotland qualified as hosts.

The eight teams are divided in two groups to decide the semi-finalists, with the winners of the two semi-finals ensuring a place at the ICC Women’s T20 World Cup 2020 to be held in the Australian cities of Canberra, Melbourne, Perth and Sydney from February 21 to March 8 next year.

Bangladesh, Thailand, Scotland and the USA form Group A, while Group B consists of Ireland, Papua New Guinea, Namibia and the Netherlands. Matches will be played at 10h00 and 14h00 with all teams getting to play at both venues.

The two semifinals (on September 5) and the final will be played at the Forfarshire Cricket Club. The teams also get to play a warm-up match each ahead of the tournament, on 29 August. 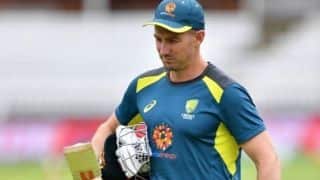