Warner finished with an unbeaten 61 off 36 balls with 47 coming with a left-hander's guard and 14 with a right-hander's.

David Warner s unbeaten 61 coupled with Liton Das 70 helped Sylhet Sixers to a crucial 27-run win over Rangpur Riders in a Bangladesh Premier League (BPL) match on Wednesday. The win took the Sixers from the bottom of the seven-team table.

Put into the bat, the Sixers were off to a good start with openers Das and Sabbir Rahman stitching 73 runs. Das, who tonked nine boundaries and one six during his 43-ball brisk knock, was dismissed after he was run out by Benny Howell. Nicholas Pooran was the next to depart after a quick 26 off 16. Warner then took centre stage and clobbered six boundaries and two sixes during his 36-ball 61.

The Australian batsman, currently serving suspension, stunned fans when he took guard as a right-handed batsman in the 19th over. The move worked as he smashed Riders’ offspinner Chris Gayle for a six in the first ball after the switch. He sent fans into a tizzy after he paddle-swept the next ball to a boundary. He also played a reverse sweep and collected another boundary in the last ball of the 19th over.

Warner finished with an unbeaten 61 off 36 balls with 47 of those runs coming with a left-hander’s guard and 14 off 3 with a right-hander’s. Sixers ended their innings at 187/5 after 20 overs.

For the Riders, Shafiul Islam was the pick of the bowlers with three for 31 in his four overs.

In reply, Riders lost the dangerous Gayle for just 7 after he edged it behind off Sohail Tanvir. Their only threat in the chase was Rilee Rossouw, who looked in fine touch, but once he was dismissed in the 12th over by Taskin Ahmed, it was their game to lose. The South Africa smashed a brilliant 58 off 32 balls, his innings laced with three boundaries and four sixes.

Bangladesh s ODI veteran Mashrafe Mortaza was unbeaten on 33, while Nahidul Islam was 5 not out as Riders fell short by 28 runs. 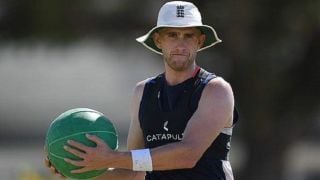