Taijul returned with impressive figures of three for 10 in his allotted four overs, while Junaid went for 26 runs in his 3.5 overs.

Chasing a below par-score, Rajshahi kept losing wickets and had themselves to be blamed. Skipper Mehidy Hasan top scored with 23 as five players departed with single-digit scores. Arafat Sunny tried to revive the chase at the end, but it was too little too late after he was sent back by the Pakistan left-arm pacer Junaid for 13-ball 15. (ALSO READ: Rajshahi Kings beat Rangpur Riders by five runs)

Islam, who picked up the wickets of Hasan, Soumya Sarkar (2) and Ryan ten Doeschate (13), returned with impressive figures of three for 10 in his allotted four overs, while Junaid went for 26 runs in his 3.5 overs.

Earlier, the Titans too displayed a dismal batting performance with the top score of 26 coming from No. 7 batsman Ariful Haque. Isuru Udana, Mehidy and Sunny picked two wickets each but their efforts went in vain. 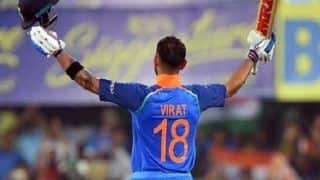