The first session of Day Two of the second Test belonged to Australia as they bundled hosts Bangladesh out for 305.

The first session of Day Two of the second Test belonged to Australia as they bundled hosts Bangladesh out for 305. The visitors’ spinners dominated the innings thoroughly, bagging all the wickets. They had earlier reduced the hosts to 253 for 6 at the end of the opening day where only two batsmen, Sabbir Rahman and Mushfiqur Rahim were able to score half-centuries. Nathan Lyon and Ashton Agar made sure Bangladesh did not build big on what where they had left on Day One. As the teams went for lunch, Australia has 15 for 1 on the board trailing by 290 runs.

Nathan Lyon led the spin attack and Bangladesh failed in front of his skillful bowling. It continued to the second day as well. With only four wickets in hand, the hosts’ hopes were on skipper Mushfiqur Rahim to play a bigger knock. He looked strong batting in his sixties but failed to convert it into a century. Lyon allured Mushfiqur with flight and found turn, the ball went past Mushfiqur’s forward defense to hit the stumps and get the batsman bowled.

Nasir Hossain, who was set by the time Mushfiqur departed, tried to form a partnership with Mehedi Hasan who had earlier been impressive with the bat as well. However, the partnership did not last for more than 28 runs as Nasir was dismissed by Agar for 45. Agar bowled a short one which Nasir attempted to cut but was cramped for room, edging it to wicketkeeper Matthew Wade. Mehedi also followed suit, getting run out in a bizarre manner soon after for 11. Bangladesh kept on losing successive wickets starting with the one of Nasir and somehow tottered past 300 before getting bundled. Nathan Lyon completed a 7-for.

However, Australia did not have a positive start either. Mustafizur Rahman made sure Bangladesh gave their guests neck and neck competition, as he removed Matt Renshaw for 4. Mustafizur bowls a full length ball that goes down leg but Renshaw manages to get some bat to it. Mushfiqur took an excellent catch diving to his right.

Steven Smith released some pressure with a beautiful cover drive the next ball, fetching four runs. He is unbeaten (8*) along with David Warner (4*) at lunch.

Apart from Renshaw’s wicket Australia dominated the session, but moreover, it was a session of the bowlers. 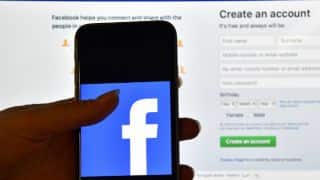