Bangladesh's injury woes on their ongoing New Zealand tour continue with question marks over the fitness of experienced Mushfiqur Rahim ahead of the Test series.

Bangladesh‘s injury woes on their ongoing New Zealand tour continue with question marks over the fitness of experienced Mushfiqur Rahim ahead of the Test series.

Mushfiqur is dealing with multiple fitness issues including a side strain, broken rib and wrist injury.

The 31-year-old played the third and final ODI against New Zealand with a broken rib and now Bangladesh team management is unsure of where he stands as far as his wrist is concerned.

Bangladesh and New Zealand are scheduled to play three Tests in 21 days, the first of which gets underway from February 28.

”He [Mushfiqur] has got a problem with his wrist area, just above his thumb,” Bangladesh coach Steve Rhodes was quoted as saying by Cricbuzz on Saturday. “The idea is to basically stop that moving so he has got a protection on that which will stop it from moving. We will keep it like that for three days and then we will open it up and see what sort of movement there is and how the pain is and we will take it from there.”

Though Rhodes is confident of putting together a fit Playing XI for the first Test in Hamilton, he feels injuries could become an issue later on. “Not many teams will play a three-Test series in 24 days. It is not something to worry about, given that some of the squad are carrying niggling injuries, it could be a factor as the series progresses. We got a few little niggles here but hopefully we got a great medical team and they’ll pull them through and we will put our best 11 out there,” he said. 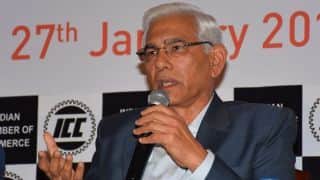 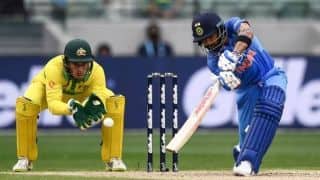