Regis Chakabva hit 42 off 22 balls not out for Zimbabwe but they came late as Afghanistan bowlers made some early breakthroughs to take the target beyond their reach.

Najibullah Zadran hit a blistering half-century as Afghanistan beat Zimbabwe by 28 runs in their first match of the Tri-Nation Twenty20 international tournament in Dhaka on Saturday.

Zadran smashed an unbeaten 69 off 30 balls, with five fours and six sixes guiding Afghanistan to 197-5 before their bowlers restricted Zimbabwe to 169-7 to equal their own record of 11 consecutive wins in Twenty20 internationals.

Regis Chakabva hit 42 off 22 balls not out for Zimbabwe but they came late as Afghanistan bowlers made some early breakthroughs to take the target beyond their reach.

Skipper Rashid Khan and left-arm seamer Fareed Malik claimed 2-29 and 2-35 respectively, while Karim Janat and Gulbadin Naib chipped in with one wicket.

“Being a captain for the first time in T20Is and winning, thanks to Allah. Everyone contributed, in batting, bowling and fielding,” Rashid said after the match.

“I think that’s the beauty of Afghanistan cricketers that they can adjust very quickly as per the format,” said Rashid.

Debutant Rahmanullah Gurbaz made 43 off 24 balls and shared 57 runs in the opening stand with Hazratullah Zazai (13) after Zimbabwe captain Hamilton Masakadza won the toss and elected to bowl first.

But Afghanistan’s innings got real momentum once Mohammad Nabi joined Zadran to share 107 runs in just 40 balls in a fifth-wicket stand.

The duo hit sixes on seven consecutive balls between the 17th and the 18th over to give Afghanistan an imposing total.

Zimbabwe captain Masakadza lamented the partnership. “A bit of a disappointing day. Our spinners bowled really well in the middle, extracted turn from the wicket but Najib and Nabi just took the game away from us,” he said.

“The last two games we didn’t really execute at the back end. But the guys are working really hard,” Masakadza added.

Nabi was the last man out in the final ball of the innings after making 38 off 18 balls with four sixes.

Tendai Chatara and Sean Williams claimed two wickets each for Zimbabwe. Zimbabwe lost their first match in the tournament by three wickets to hosts Bangladesh on Friday. 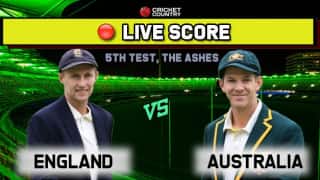