Bangladesh openers have made a steady start in their opening game of the ICC Cricket World Cup 2015 against Afghanistan, who are making their debut in Cricket World Cup. Both Tamim Iqbal and Anamul Haque are taking their time initially to get use to with the conditions. They scored 23 for no loss after seven overs. Live Scorecard: Bangladesh vs Afghanistan

Bangladesh need to lift their performance to get the result on their favour. The pressure is on Bangladesh to prove themselves. Afghanistan, being the debutants, would look to enjoy their outing and play pressure-free cricket.  The pitch at the Manuka Oval is looking very batting friendly. But the Afghan opening bowlers Shapoor Zadran, Hamid Hassan have extracted some bounce out of the pitch. Live Updates: Bangladesh vs Afghanistan

Amazing support for both sides with plenty of national colours on show in Canberra, Pick the Winner!? #cwc15 #BANvAFG pic.twitter.com/svTsIc1L5P 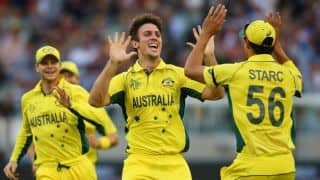 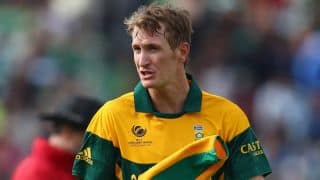