Bangladesh faced narrowest loss against England by 22 runs in the first Test at Chittagong on Monday.

Their previous narrow loss was by 77 runs against West Indies in 2012. Speaking to ESPNCricinfo.com, Everyone is saying that we played well but we have discussed as a team that we cannot be so happy with so little. We won’t be able to improve if we have that mentality. I know we were competitive but we should have won the game. We can take positives from the first Test, like we competed for five days. It would have been a different story had we won the game.

He further added, I know our Test record isn’t great but we will try our best in every way to win the next game, which is a belief that is held by every cricketer who plays for Bangladesh. We will try to do our job properly from the first to last ball. ALSO READ: Bangladesh vs England, 2nd Test at Mirpur, Preview and Prediction

Bangladesh are improving their batting and bowling rather than focusing on toss, the pitch or DRS system ahead of the second Test at Mirpur, I think the less I talk about the last game, the better. It was a good Test match, but we lost in the end. Five years from now, it will read that we lost the game. We should stick to the processes and planning that we have. We are discussing more on what we can do with bat and ball, not on the wicket or the toss. It is not easy to return to cricket after 14 months but I think the players adapted very well. The batsmen moved from T20s to ODIs to Test cricket. We have a number of Tests in the next six months, so we want to use the rhythm from the Chittagong Test for the future. ALSO READ: Bangladesh vs England: Jonny Bairstow elated to break Andy Flower’s record

Tamim also mentioned Bangladesh should do better in the conditions their players are well aware about and batsmen need to look more settled, The wicket in Chittagong was in our favour but we still lost the game. We have to reduce our mistakes and bowl according to the wicket. Batting wasn’t easy on that wicket but we had our moments. I think we should have stretched those moments a bit. If the wicket remains the same in Dhaka, the batsman should score 20-25 runs more after they are settled. The second Test against England begins in Mirpur on October 28. 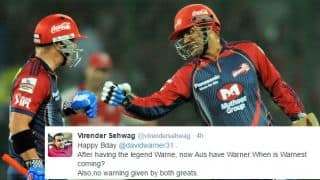