Bangladesh pacers Shafiul Islam and Kamrul Islam Rabbi's efforts with the old ball did not produce anything remotely close to what Ben Stokes and Stuart Broad pulled off for England.

Dhaka: England seamers’ ability to get the ball to reverse swing stood out in their 22-run win in the first Test in Chittagong in sharp contrast to our fast bowlers, Bangladesh captain Mushfiqur Rahim has lamented. Bangladesh pacers Shafiul Islam and Kamrul Islam Rabbi’s efforts with the old ball did not produce anything remotely close to what Ben Stokes and Stuart Broad pulled off for England at the Zahur Ahmed Chowdhury Stadium using the rough and shiny sides of the ball, reports bdnews24.com. England won the first Test by 22 runs. Rahim believes the reason for the Bangladesh pacers’ incapacity lies in local first-class cricket. READ: Alastair Cook, Joe Root and Stuart Broad testify the true spirit of gentlemen’s game

Bangladesh’s two domestic tournaments, National Cricket League and Bangladesh Cricket League, are four-day contests where pacers rarely get the chance to bowl with old balls. They bowl the opening overs with the new ball and then the spinners take over. The Bangladesh skipper thinks for a team to do well on pitches like the ones in Chittagong, the pacers must be well-versed in the art of reverse swinging.

“I’ve said this before. If a bowler doesn’t even know how to bowl with the old ball how to set a batsman up, how to bowl strategically can we expect him to do well against a big team in a Test match?” he said. “How many of our pacers bowl with the old ball in first-class cricket? If you look at scorecards, regardless of the wicket being a grassy one or anything else — you will see spinners taking five wickets and pacers getting one or two.”

The tendency of relying too much on spin is also carried over to Bangladesh’s five-day game. The spinners took 18 wickets for Bangladesh in the Chittagong Test, Rabbi grabbed the lone wicket from a seamer and the other was a run out. Years of practice and devotion have led Broad, who played his 99th Test in Chittagong, to where he is now. He and Stokes have joined forces to torment batsmen in the recent years. Mushfiqur is unwilling to compare them with Shafiul and Rabbi.

“It’s not that Shafiul and Rabbi were terrible. They got an opportunity to learn how important every run is on a wicket like this, how important each spell is. I think they now have a good understanding that such reverse swings can be found with old balls. I hope they will learn from this,” he added. Bangladesh have left out Shafiul for the second Test in Dhaka but Rabbi retained his spot in the squad. The Dhaka Test begins on Friday. 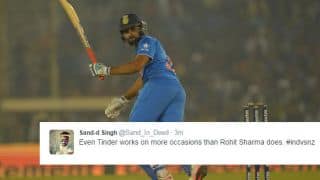 India vs New Zealand, 4th ODI: Rohit Sharma gets trolled after yet another failure 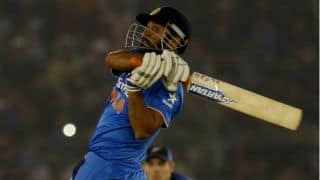