In South Africa, the live streaming is available on SuperSport Live, along with the live telecast on SuperSport. You can also follow CricketCountry s ball-by-ball commentary here.

Bangladesh can also heave a sigh of relief, given South Africa do not yet have the services of Dale Steyn, Vernon Philander, Morne Morkel. The responsibility will once again fall on youngster Kagiso Rabada. However, Bangladesh would have to be wary of a certain Imran Tahir and return of limited-overs monster AB de Villiers.

Meanwhile, South Africa s biggest positive will be the absence of Mustafizur Rahman. South Africa are beginning their road to 2019 World Cup with a strong side. Under the guidance of Ottis Gibson, all that South Africa could vouch for is success in the limited-overs format after being eliminated in the group stages of Champions Trophy and losing the ODI series against England. 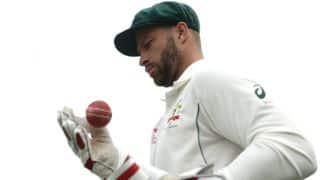