It seemed like a walkover for Baroda, but within three overs they were pushed to the wall with the openers Kedar Devdhar and Ankit Waghmode departing in quick succession. Rakesh Solanki hung around for a while but a rash shot saw him depart for six. After the powerplay, Baroda were struggling at 18 for three but they still looked settled with a small target ahead. Having bagged quick wickets, skipper Parthiv Patel brought the field in and attacked with two slips and a gully.

It was once again left to the two batsmen who had rattled Gujarat earlier. Irfan and Pandya steadied the innings picking the singles and twos at regular intervals apart from the odd boundaries. Pandya was aggressive hitting six boundaries in his innings of 37. The duo shared a partnership of 58 runs in 65 balls. Irfan remained unbeaten on 21; brother Yusuf Pathan finished off the match with a boundary and a six.

Except for the brief moment when Baroda were three down, Gujarat were consistently dominated by Baroda. After electing to bat, Gujarat were off to a poor start with Pathan bagging all three wickets. Parthivl was the first to caught by Rakesh Solanki for seven from 10 balls. His innings included one crisp punch through the covers in the first over of the match.

Within quick time Rujul Bhatt and Manpreet Juneja too were on their way back. Pathan’s first spell read 3-1-11-3. And Gujarat were further pushed with Munaf Patel maintaining a tight line from the opther end. Lukman Meriwala too contributed with the wicket of Venugopal Rao.

Gujarat never found any momentum in their innings. There was a brief partnership for the sixth wicket with opener Smith Patel hanging around but there was no acceleration in sight. It was pacer Pandya who came back to break the resistance bagging two wickets in an over of Smith and Rohit Dahiya. Pandya bowled four overs on the trot which included one maiden and three wickets for seven runs. 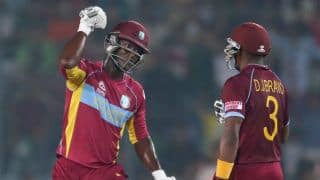 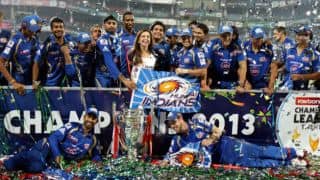 IPL 7 online tickets will be available from April 3