After posting 152/9 thanks to a fifty from captain Aaron Finch, Renegades limited Thunder to 140/5 with Harry Gurney (2/27) and Kane Richardson (2/31) topping the bowling charts.

Thunder must have felt satisfied as they had kept their opponents to what looked like a below-par total after opting to field. But batting failure saw their hopes being crushed despite Callum Ferguson’s enterprising 36-ball 52. Jason Sangha also hit a half-century but his unbeaten 54 runs came at the cost of 49 deliveries, an innings during which he struck three fours and a six but failed to accelerate when needed.

Thunder lost openers Anton Devcich (0) and in-form captain Shane Watson (1) inside four overs with Richardson and Gurney striking with the new ball. Ferguson and Sangha put the chase back on the track, adding 64 runs for the third wicket.

Cameron Boyce made a timely strike removing dangerman Ferguson who had struck seven fours in his brisk knock. Chris Green and Daniel Sams fell cheaply, and Jay Lenton struck an unbeaten 20 off 15 but it wasn’t enough.

Renegades took a punt on Boyce and asked him to open the innings. The move fell flat as he was out for a two-ball duck to Sams (3/29). Sam Harper soon fell to Gurinder Sandhu (3/23) leaving Renegades struggling at 12/2.

Finch started off slowly before changing gears as together with Tom Cooper (22) and then veteran Cameron White (40), he laid the foundation for what turned out to be a winning total. 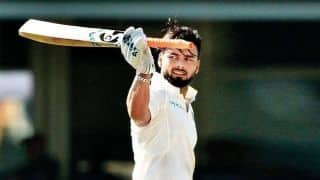 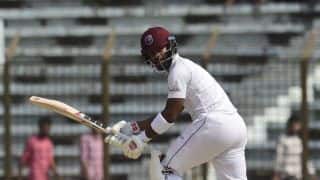