Sixers made 165/5 in reply to Heats 164/7 for their fourth win in fifth match this season. Henriques top-scored with 57 while Jordan Silk struck a quickfire 25-ball 46 to power the successful chase.

Opener Max Bryant led a bright start after Heats were asked to bat first at Carrara Oval in Queensland. He struck a six in the first over and then followed up by taking Steve O’Keefe to the cleaners belting three fours and a six to take 18 runs from the second over. Two wickets dented their progress with Ben Dwarshuis giving Sixers their first breakthrough in Sam Heazlett (2).

Tom Curran then had Bryant hole out for 34 as Heat made 51/2 in the Powerplay.

Three quick wickets further dented their innings but Chris Lynn from one end ensured they didn’t capitulate. He was out in the final over but only after hitting 84 off 55 with three fours and five sixes. Curran was the pick among the bowlers finishing with 3/25.

Joe Denly failed to get going as he was dismissed inside in the Powerplay overs for 11 off 19 as Sixers made a cautious start. Justin Avendano was then joined by Henriques as they added 46 runs for the second wicket.

Sixers then lost two wickets in quick succession with Avendano being run out for 30 while Daniel Hughes managing just two of three. Henriques and Silk then handed took control of the chase.

Six runs were needed in the final over which Sixers scored in the first three deliveries. 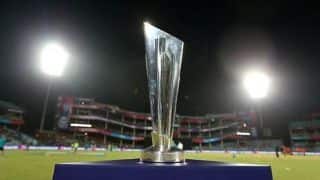 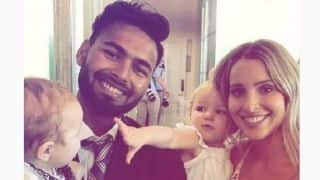