The Bangladesh Cricket Board (BCB) have decided to appeal against umpire Aleem Dar’s no-ball decision during the ICC Cricket World Cup 2015 quarter-final between India and Bangladesh. Dar’s decision led to a reprieve for Rohit Sharma while he was on 90. Rohit went on to win the Man of the Match award for his innings of 137. India vs Bangladesh, ICC Cricket World Cup 2015 Quarter-Final 2 at Melbourne Highlights

According to Cricinfo, there is massive backlash over the decision from Bangladesh. BCB president Nazmul Hassan said, “Naturally we will appeal against these decisions in our report. It won’t change the result, unfortunately. One wrong decision can make a huge difference in a World Cup quarter-final. I have had discussions with the ICC president (Mustafa Kamal) as no one else among the senior (ICC) officials were here in Melbourne. Legally what needs to be done, we will do it.” Full Scorecard: India vs Bangladesh, ICC Cricket World Cup 2015 Quarter-Final

Even Kamal agreed that the overall umpiring standards in the match were low. “From what I have seen, the umpiring was very poor. There was no quality in the umpiring. It seemed as if they had gone into the match with something in mind. I am speaking as a fan, not as the ICC president. Umpires may make mistakes. The ICC will see if this was done deliberately. Everything is on record. The ICC has to investigate and inquire the issue to see if there’s anything to it.” India vs Bangladesh Full Video Highlights: ICC Cricket World Cup 2015 Quarter-Final match Highlights

Kamal added that as an ICC member, Bangladesh would take up the issue of poor umpiring, and find out if anything underhand took place. “I am talking about the overall umpiring. I saw what all of you saw. Before I go to the next ICC board meeting, I can’t speak on their behalf. We are an ICC member, right? So we can’t talk like this against the ICC. They will review it. Everyone is speaking against the umpires so definitely the ICC will find out whether there were any wrongdoings.” Top 10 batsmen in ICC Cricket World Cup 2015 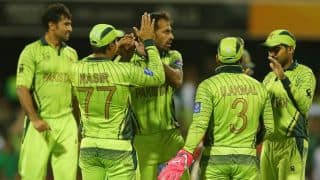 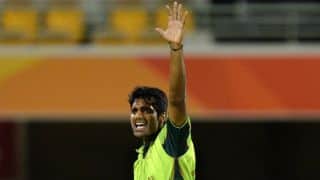