The Board of Control for Cricket in India and Indian Premier League franchisee Delhi Daredevils are playing the blame game over Indian pacer Varun Aaron's fitness issues. 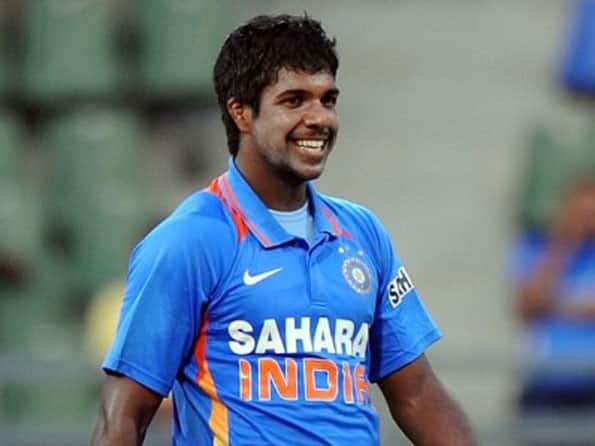 Varun Aaron, who was suffering from back injury earlier in the year, was replaced by Vinay Kumar for the Australian tour AFP

The Board of Control for Cricket in India and Indian Premier League franchisee Delhi Daredevils are playing the blame game over Indian pacer Varun Aaron’s fitness issues.

Varun Aaron is currently suffering from back injury and won t be bowling for the next three weeks.

T A Sekar, former India fast bowler and mentor with Delhi Daredevils said that, “The back injury must have relapsed after the IPL. He was 100 per cent fit during the matches he played and he even bowled at 145 plus in them.”

“Ideally the board should have sent him to Australia for treatment in December itself, especially since they had a qualified physio in Evan Speechly with them. The two-month delay really cost him,” he added.

“Once the player is with his franchise, the board cannot interfere with his decision to play or not. It s the franchise s physio and their management who take the call and decide whether he is fit for action,” Jagdale was quoted by Indian Express.

However, another official of Delhi Daredevils said that, “He recovered much faster at our rehab centre, ‘Vardhan , in Delhi. You need doctors specialised in sports medicine for treating injuries to fast bowlers. I don t think Varun was in top shape when he came to us from the NCA,”

Aaron himself believes his back injury worsened towards the end of IPL. “There was a slight niggle, but I was still good enough to bowl at my best during the IPL. But as soon as I experienced the pain again, I returned to the NCA some five weeks back.”

He also remains confident of making a comeback to Indian colours soon. Dennis Lillee, he said, had suggested a few, subtle changes to his bowling action when he met him at the MRF Academy recently.