The ICC has reportedly formed a new working group purportedly to counter the influence of BCCI, ECB and CA. The International Cricket Council (ICC) has reportedly formed a new working group purportedly to counter the influence of BCCI, England and Wales Cricket Board (ECB) and Cricket Australia (CA) – the ‘Big Three’ of world cricket. Interestingly, while the BCCI and ECB aren’t part, CA has been included and its chairman Earl Eddings will also be the head of the group.

As per a report in The Times of India, the main objective of the move is to push independent directors in the ICC board. Apart from CA, the group will have representation from Pakistan Cricket Board chairman Ehsan Mani, New Zealand Cricket chairman Greg Barclay, Cricket South Africa president Chris Nenzani, Cricket West Indies president Ricky Skerritt and Cricket Scotland chairman Tony Brian.

“The ICC has been consciously trying to go back to the model that was followed from 1998 to 2016,” TOI quoted a source as saying. “The ICC’s revenues have grown significantly and the BCCI gets a fair share. The other established member boards are struggling with finances and the associates need more funding. That’s why it was first suggested in the annual meeting in London in July that ICC should hold its own events every year to generate more revenue but the BCCI disowned the proposal.”

An impact of the move could be a potential decrease in BCCI’s share of ICC revenue.

The issue is likely to come up for discussion once Sourav Ganguly formally takes charge as the new BCCI president on October 23. “There is no BCCI in place at the moment. There is no point in discussing things with CoA chief Vinod Rai and Johri. The man that needs to be spoken to is BCCI president-elect Sourav Ganguly. And that will happen after he assumes office on October 23,” the report further quoted a BCCI source as saying. 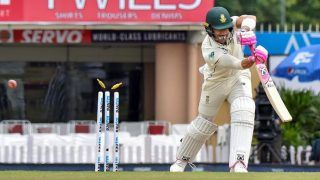 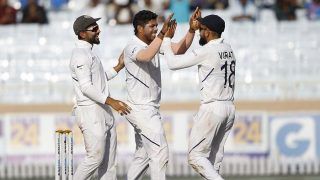