BCCI have to abide by Supreme Court's observation on N Srinivasan: Ravi Savant

BCCI have to abide by Supreme Court's observation on N Srinivasan: Ravi Savant

Reacting to Supreme Court’s observation on Tuesday against the continuation of N Srinivasan as Board of Control for Cricket in India (BCCI) president, vice-president Ravi Savant said the Board has no other alternative but to follow the apex court’s order.

“We have to abide by what the Supreme Court said,” Savant told PTI from Ratnagiri, echoing the views expressed by another BCCI VP and former India off-spinner Shivlal Yadav.

After going through the contents of a report filed in a sealed cover by apex court-appointed probe panel into the IPL spot-fixing scandal, a Supreme Court bench headed by Justice AK Patnaik said there are “very very serious” allegations made in the report and unless the BCCI president steps down, no fair probe can be conducted.

“If the court feels that he should step down for a fair probe into the scandal, I think it’s reasonable. But if the other version is true (court’s observation that why is he (Srinivasan) sticking to the chair? It is nauseating), it is serious,” said Savant.

Asked what course the BCCI would take if Srinivasan steps down as per the apex court’s observation, Savant said it will have to be decided by the Board’s general body.

“The general body has to fill up the vacancy as per the constitution of the Board,” he said. 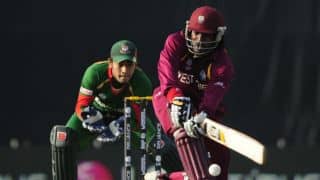 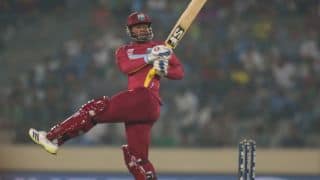