The BCCI has joined India s current and former cricketers in paying its respects to Ajit Wadekar, the former Indian captain who died Wednesday night.

The BCCI has joined India s current and former cricketers in paying its respects to Ajit Wadekar, the former Indian captain who died Wednesday night aged 77.

Wadekar famously captained India to their maiden Test series wins in the West Indies England, both in 1971, and after retiring he served as India’s coach and manager and chairman of selectors for the BCCI.

With a heavy heart we bid adieu to Ajit Wadekar. The former India captain is no more. Cricketer, Coach, Manager and Chairman of Selectors – Mr Wadekar served Indian cricket in many different ways. pic.twitter.com/6zdFtleXB9

“His demise has left a big void. First as a batsman and then as captain, he took Indian Cricket to new heights and then continued to contribute as a coach, manager, and chairman of selectors. The experience he gained during his playing days was used in man-management as coach and manager, overseeing a highly successful period,” BCCI s acting secretary Amitabh Choudhary said.

An elegant left-hand batsman and excellent slip catcher, Wadekar played 37 Test matches in which he scored 2113 runs at an average of 31.07, with one century and 14 fifties. before his retirement from cricket, which came after the infamous ‘Summer of 42’ in 1974. In 2014, Wadekar received the CK Nayudu Lifetime Achievement Award from the BCCI.

“He will always be remembered as the Renaissance Man of Indian cricket. The West Indies and England were two extremely strong teams and beating them in their backyard was almost impossible. Wadekar s inspiring leadership made it a glorious summer for Indian cricket. It instilled belief in everybody and Indian cricket has since made steady progress,” Mr. Rahul Johri, CEO of the BCCI said, expressing his views on the former great.

The likes of Mohammad Azharuddin, Sanjay Manjrekar, Sachin Tendulkar, India cricket team coach Ravi Shastri and many more took to twitter to pay their tributes to their fallen mentor. 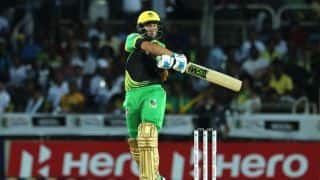 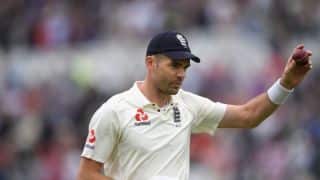