The source said that the BCCI will ensure that anybody from Lalit Modi's faction does not become an office bearer of the RCA.

The BCCI on Saturday lifted Rajasthan Cricket Association‘s (RCA) suspension after the state body informed the Board that it has become compliant with Lodha Committee guidelines.

A BCCI source said that the RCA has informed the Board that they are now Lodha Committee compliant and their constitution is in place.

“They (RCA) said they are compliant with the new constitution and will appoint an electoral officer to conduct the elections by September 28 (as per CoA diktat). They said they are Lodha complaint and so we (BCCI) have lifted the suspension on RCA,” a BCCI source informed on the condition of anonymity.

The RCA was banned in 2014 after it elected former Indian Premier League chief Lalit Modi as its president.

The source said that the BCCI will ensure that anybody from Lalit Modi’s faction does not become an office bearer of the RCA. 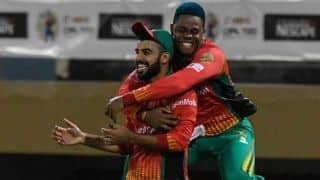