The broadcasters and sponsors are putting continuous pressure on the board for not reducing the number of teams in IPL.

The Indian Premier League (IPL) controversy is all set to take a new turn. According to latest media reports, the Board of Control for Cricket in India (BCCI) is likely to terminate the contracts of Chennai Super Kings (CSK) and Rajasthan Royals (RR) and invite fresh tenders for two new franchises. The broadcasters and sponsors are putting continuous pressure on the board for not reducing the number of teams in IPL. So, to maintain the brand value BCCI are exploring all the possible options. It is reported by Times of India, that in extreme case, BCCI might invite foreign teams to participate in the tournament.

Anurag Thakur, the board secretary confirmed these developments to TOI on Saturday. “Termination is a very much an option, as much as auctioning two new teams is,” he said. However, in case of termination, the board has to be ready for the legal battles.  The IPL governing council will meet on August 29 in Mumbai to receive and study the report submitted by the BCCI-appointed five-member working group.

Interestingly, while Thakur insisted that the termination of CSK and RR was a possibility, IPL chairman Rajiv Shukla, who is heading the working group which includes Thakur as well, wasn’t very vocal about sacking the teams. “We haven’t formed an opinion on that. It can have legal ramifications, even the Lodha Committee hasn’t recommended that,” Shukla said.

The BCCI working group met three franchise owners, central sponsors, broadcasters and all other stakeholders in the IPL at a suburban hotel in Mumbai on Saturday. Mumbai Indians (MI), Kings XI Punjab (KXIP) and Royal Challengers Bangalore (RCB) representatives participated in this meeting. Apart from them Harsh Goenka of the RPG Group (a central sponsor), broadcasters MSM India and Star TV also met with the working group.

The general view coming out of these meetings with the stakeholders was that the board must organise eight-team IPL in 2016. Before that,if they does sack CSK and RR but in time if courts allow the two franchises to return, the BCCI has to accommodate them. In that case, it will be a 10-team IPL. However, in another development, the board might also appeal in court against the Kochi Tuskers arbitration. 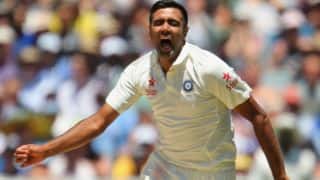 POLL: Who will India's best bowler in Sri Lanka be?