The court was hearing arguments on a batch of petitions challenging recommendations of Justice R M Lodha panel.

New Delhi: The Board of Control for Cricket in India (BCCI) is not doing any business and is discharging a public function which makes it subject to rule of law, the Supreme Court was told on Wednesday. “The BCCI is not doing any business or trade but running an activity. It is subject to rule of law as it is discharging a public function. No one is above the law and BCCI is also subject matter of law,” Senior advocate Gopal Subramanium, who was appointed as amicus curiae by the apex court told the bench headed by Chief Justice T S Thakur and Justice F M I Kalifulla. The Cricket Association of Bihar (CAB) supported and justified the recomendation of Justice R M Lodha panel for large-scale structural reforms in BCCI.

Counsel appearing for CAB said under the provisions of law, citizens have the right to form associations and unions but once the associations have been created and they start engaging in the desired activity, they can be regulated and it will not be violation of fundamental rights.

To this the bench said as long as reforms at BCCI are intended to advance the rule of law with the objective of bringing in transparency, accountability and objectivity, it cannot be said to be violative of fundamental rights of the citizens.

The court was hearing arguments on a batch of petitions challenging recommendations of Justice R M Lodha panel for reforming the Indian Cricket Board. The apex court had constituted the Lodha panel after CAB, through its secretary Aditya Kumar Verma, alleged large scale irregularities in BCCI.

The apex court had on Tuesday said the constitution of BCCI is “highly incapable” of achieving the values of transparency, objectivity and accountability which can be attained only by changing it. It had earlier said that all state cricket associations will have to “fall in line” with recommendations of the Lodha panel on structural reforms in BCCI which was carried out in the wake of match-fixing and spot-fixing allegations.

The court had also pulled up the BCCI for resisting Lodha committee’s recommendation on capping the age of its office bearers at 70 years. It had earlier on April 25 pulled up the Cricket Board for “monopolising” the game in the country and said several youngsters wanting to be Dhonis and Kohlis were not given equal opportunity if they are not on the right side of the cricket body. 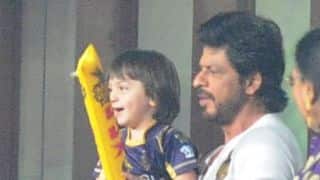