BCCI President was admitted after experiencing chest pain for over six hours. He has a medical history of acute coronary syndrome.

Kolkata: The condition of Board of Control for Cricket in India (BCCI) President Jagmohan Dalmiya, who underwent an angiography at a hospital here last night following chest pain, is stated to be stable. Since 75-year-old Dalmiya’s medical condition was not fit for a surgery last night, “it was not advisable to do a primary stenting and doctors will take a decision later in the day,” a hospital source said, adding his condition is being closely monitored in coronary critical care unit of the hospital. Doctors had performed a “non-invasive thrombus aspiration intervention but significant residual thrombus load persisted with poor distal run off in capillary bed”, the source said. Read: Jagmohan Dalmiya being closely monitored in ICU

After an initial clinical assessment last night, Dalmiya was taken to the cath lab at BM Birla heart Research Institute for coronary angiography during which multiple lesions were observed with total occlusion of left anterior descending coronary artery, the hospital sources said. Angiography is an x-ray examination of arteries which involved release of a special dye into the coronary arteries from a catheter inserted in a blood vessel to detect any blockages. Read: Jagmohan Dalmiya undergoes heart surgery

Dalmiya is currently under requisite medication protocol and is being closely monitored in coronary critical care unit of the hospital, the source said. Earlier a senior official of Cricket Association of Bengal (CAB) who was present at the hospital yesterday had said that Dalmiya underwent a heart surgery after detection of a blockage. Doctors said Dalmiya was admitted after experiencing chest pain for over six hours. He has a medical history of acute coronary syndrome. 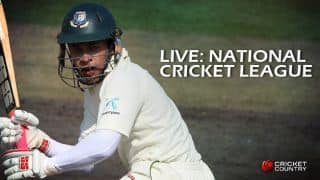