A BCCI official said there are inconsistencies in the Jeff Crowe report..

The Board of Control for Cricket in India (BCCI) is all set to point out the irregularities that it has noticed in the report submitted by match referee Jeff Crowe to the International Cricket Council (ICC), after the end of the third Test between India and South Africa at Nagpur. The ICC had given ‘poor’ rating to the pitch recently. A BCCI official was quoted by Indian Express saying, “There are inconsistencies in the ICC match referee’s report. Something like ‘excessive turn’ is subjective. It is not that the report is saying there was ‘excessive turn’ on the first day itself. I don’t think there was anything wrong with the surface,” READ: ICC’s ‘poor’ rating on Nagpur pitch highlights cricket governing body’s ineptness

The Nagpur pitch was criticised since some people felt that it was not fit for playing as the Test ended within three days with South Africa shot down to a paltry 79 in the first innings. This also happens to be the lowest score against India in Test history. However, Virat Kohli shared somewhat different views, “I have said this before, wherever you go to play in the world, you’ve got to be prepared to face those conditions and tune your game accordingly. I don’t know why is there so much hype created around the issue.”

Indian Team director Ravi Shastri had told ESPNcricinfo, “Nothing wrong with it. I would hope the one in Delhi is absolutely the same. I have no qualms about it. It just goes to show that with the amount of ODI cricket being played, the tendency to graft, the tendency to spend long hours at the crease is diminishing,” 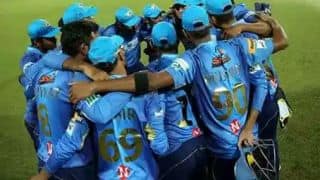