BCCI SGM to be held on July 11

BCCI SGM to be held on July 11

The Indian cricket board's Special General Meeting (SGM) to discuss the Special Committee report on Lodha Reforms will be held on Tuesday.

It will be interesting if Tamil Nadu strongman N Srinivasan, who is a disqualified official, once again defies court to attend the meeting. The Committee is expected to discuss the four point reservation by the committee on one state one vote, doing away with cooling off from state associations and apex council with clear demarcation between paid professional and office bearers. The meeting will start at 4:30 pm. ALSO READ: BCCI seek demarcation in roles of office-bearers and professionals

Earlier on Saturday, the BCCI committee on Lodha Reforms included demarcation of functions performed by honorary office-bearers and paid professionals to the list of reservations it has about the implementation of the Supreme Court order. The other three points are One State One Vote , Cooling off period of three years after every tenure and also doing away with Cooling off period for Apex Council members (as and when Lodha Reforms are implemented). 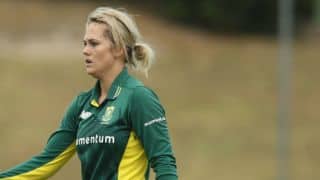