In his order, Justice A Muhamed Mustaque also set aside all proceedings against S Sreesanth initiated by the BCCI.

New Delhi: The BCCI on Monday said it will adopt a wait-and-watch policy on pacer S Sreesanth, whose life ban was lifted by the Kerala High Court, even as the cricketer’s state association welcomed the reprieve. Asked about the BCCI’s stand, acting president CK Khanna said: “The judgement has come today. The BCCI’s legal team will study the judgement and give its observations. Obviously, their feedback will be taken and placed at an appropriate forum [general body].” The Kerala Cricket Association said it’s happy with the development. “We were right behind Sreesanth from day one. We were in Delhi during those days [arrest and subsequent court hearings] when he endured a lot. Now that High Court has given a verdict, hopefully, normalcy will return in his life. We would love to see him back in Kerala shirt,” KCA secretary Jayesh George told PTI. Kerala HC ask BCCI to lift life ban imposed on Sreesanth

The KCA, though, remained apprehensive about the BCCI’s stand. “Look, two years back, we had appealed to the BCCI requesting to lift Sreesanth’s ban after lower court in Delhi exonerated him of all spot-fixing charges. The BCCI then decided to stick to life ban. Now that Kerala High Court has given the verdict, the BCCI may think of appealing to Supreme Court. We don’t know what will be their stand,” George said.

When asked whether Sreesanth would be considered for Ranji Trophy selection this season if all goes well, George said: “That I can’t tell you right now as it will be a collective decision by the association. Also we have our selectors who needs to take a call on his fitness. He is 34 years and has not played for last four years. Obviously, with his talent and experience, he is an asset for Kerala Ranji team. We now have pacers like Basil Thampi [current India A player], Sandip Warrier. If Sree is around, obviously they can gain from his experience.” Kerala High Court issues fresh notice to BCCI, seeks stand on S Sreesanth s life ban

In his order, Justice A Muhamed Mustaque also set aside all proceedings against Sreesanth initiated by the Board of Control for Cricket in India. The court had earlier sought the BCCI’s stand on the plea by the cricketer, challenging the life ban imposed on him by the game’s governing body following the 2013 Indian Premier League-6 spot-fixing scandal.

The BCCI had filed a counter-affidavit in the court in response to the plea by Sreesanth, who had challenged the life ban despite a court dropping all charges against the 34-year- old pacer. The cricket board had said, “The decision of the sessions court to acquit the petitioner from the criminal charges has no impact whatsoever on the decision of the internal disciplinary committee of the BCCI to ban the petitioner from playing cricket tournaments organised by the BCCI and/or its affiliates.” BCCI stays firm on S Sreesanth s life ban

It had said the question before the court was whether the petitioner (and other accused) was liable to incur penal consequences under relevant criminal statutes. On the other hand, the question before the BCCI Disciplinary Committee was whether the petitioner was guilty of match fixing, corruption and gambling and violation of the internal disciplinary rules of the BCCI, the board had said. The standard of proof required under a penal statute was much higher than the proof required for a disciplinary inquiry, it had said. 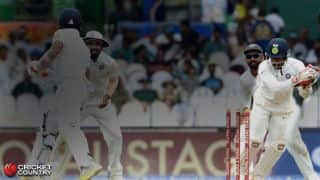 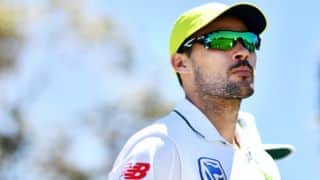