With Justice Lodha panel recommendations hanging over its head, the BCCI will be conducting its 87th Annual General Meeting on Wednesday.

Mumbai: With the shadow of the Supreme Court-appointed Justice Lodha panel recommendations hanging over its head, the BCCI will be conducting its 87th Annual General Meeting on Wednesday with one of the items on the agenda being the election of its honorary secretary. The formal notice for the meeting was sent by honorary secretary Ajay Shirke on August 31 and, interestingly, one of the main items that is to be taken up is the election of the new honorary secretary after duly filed nominations are sent to the BCCI during a two-hour window on Tuesday afternoon, scrutinized immediately afterwards and list of eligible candidates displayed.

The election of the honorary secretary has been necessitated as Shirke was nominated by president Anurag Thakur after the latter was elevated to the helm of affairs of the beleaguered Board on May 22, following the resignation tendered by incumbent Shashank Manohar, in accordance with Rule 13 (a) (ii) of the BCCI s existing Memorandum of Rules and Regulations.

Shirke was to hold office till the next AGM. The election of the honorary secretary is to be held as per the existent BCCI rules, including the eligibility of the candidates, while former Supreme Court judge, P B Sawant, has been appointed as the returning officer, according to the BCCI’s notice sent to all its affiliated units. The meeting will also confirm the minutes of its last AGM held on November 9, 2015 as well as the three Special General Meetings held on February 19, May 22 and August 5 2016. Lodha Committee discontented over BCCI’s delay in implementing reforms

The other items on the agenda include adoption of the secretary’s report, the treasurer’s report and audited statement of accounts for the previous fiscal, annual budget for 2016-17 and other such routine matters. Among the other items is the appointment of the Working Committee and Standing Committees such as the Senior and Junior selection panels under the BCCI’s existing rules, in contrast to the Lodha panel’s reforms that calls for pruned panels which had been approved by the Supreme Court’s subsequent ruling. BCCI announce new financial partner

Significantly, the Lodha panel has also fixed staggered deadlines for the full adoption of its reforms as approved by the Supreme Court and has also directed the BCCI that tomorrow’s AGM must be “limited only to routine business concerning the past year (2015-16)”. Indian blind cricket team needs recognition from BCCI, KSCA

Already Aditya Verma, secretary of the non-affiliated (to BCCI) body, Cricket Association of Bihar the petitioner in the case in the SC against the Board, has requested the Lodha panel – via a letter dated September 17 – to start “contempt of court” proceedings against the BCCI by pointing out the agenda for the meeting. Among the other items on the AGM’s agenda are the appointment of an Ombudsman and International and Asian Cricket Councils and similar bodies. 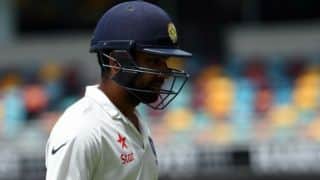