India lost both Test and ODI series in both New Zealand and South Africa.

Former Board of Control for Cricket in India (BCCI) treasurer and Punjab Cricket Association (PCA) secretary MP Pandove on Friday was the only member in the BCCI working committee to raise questions about India’s disastrous performance in the recently concluded series in South Africa and New Zealand.

India lost both Test and ODI series in both countries.

Mahendra Singh Dhoni-led side lost both Test series by an identical margin of 0-1 and six of the eight one dayers in both countries with one match ending in a tie and the other abandoned mid-way due to inclement weather.

“While IPL issue dominated the discussions, it was Pandove, who questioned India’s recent poor show overseas. Pandove said that although it is a matter of pride that Mr Srinivasan will be taking over as the chairman of the ICC Board, he enquired as to what is being done about India’s poor show in South Africa and New Zealand,” a working committee member told PTI today.

“The president answered Mr Pandove’s question informing the house that he has taken due cognizance of the situation and has spoken to the support staff of the Indian cricket team including coach Duncan Fletcher. Srinivasan said that he will be again meeting the support staff once the ICC World Twenty20 in Bangladesh comes to an end,” the official stated.

Meanwhile, an important decision was taken that whenever the next IPL auction will be held, it will be done so after the completion of the National T20 Championship for the Syed Mushtaq Ali Trophy.

The issue was raised by KSCA secretary and former India Test batsman Brijesh Patel, who is also an official of the Royal Challengers Bangalore.

“Brijesh intimated the president that having the IPL auctions before Mushtaq Ali Trophy is being a hindrance for the state units.

“The players who get a deal at the auctions then start avoiding the tournament in order to stay fit and not risk injuries before the IPL. The president agreed that it’s a pertinent issue and ordered the WC to do needful next time round,” the official said. 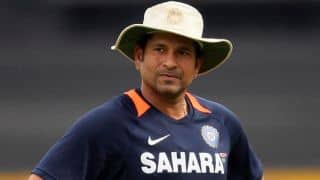