The chief curator at Pune, Pandurang Salgaonkar was allegedly found taking bribe during a sting operation done on him by a TV channel.

After facing humiliation just hours before the start of second ODI between India and New Zealand at Pune, it is now revealed that BCCI has, at best, a redundant and an unprepared anti-corruption unit. Pandurang Salgaoncar, chief curator at Pune, was allegedly found taking bribe during a sting operation done on him by a TV channel. According to The Times of India, BCCI s Anti-Corruption and Security Unit (ACSU) Chief Neeraj Kumar has strongly voiced a letter to the Committee of Administrators (CoA) about the system’s improvement. A top BCCI official has confirmed the same.

On Neeraj Kumar s letter: “He (Kumar) has been on the job and has shared suggestions to upgrade the system for months. The basic problem he faces is the number of qualified officials in his team. The current ACSU team comprises only three people. Kumar has repeatedly spelt out the need to hire few more people. But the board is yet to act on it.”

On the current ACSU selection system: “There’s no continuity. Each year there are a lot of new persons asked to do the job. And four hours is the only time they get to be trained. This is a glaring loophole.”

On lack of training of patrolling officials: “These officials are given headshots of all who can access the pitch and the dressing room areas. That’s about it. But these people are hardly monitored.” 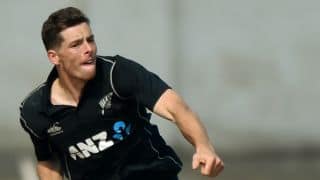