England coach Trevor Bayliss confirmed that despite Jonny Bairstow returning to full fitness Ben Foakes will keep wicket for England in the next series against West Indies, starting in January next year.

“Even Jos Buttler wants to keep but the way Foakesy has gone in this series I think he will definitely be there for the next one,” Bayliss told Sky Sports.

Foakes, on his debut tour, claimed the Man-of-the-Series award scoring 277 runs in three matches at 69.25 and effecting ten dismissal behind the stumps.

On being asked whether it will be a challenge for Bairstow, now freed from the wicketkeeping duties, to be a permanent No.3, Bayliss said Bairstow will rise up to the challenge. Bairstow scored 110 at No.2 in England s first innings to walk away with the match of the match award in the third Test.

We don’t want to put any undue pressure on other people but it does keep guys in the team on their toes. It’s a good thing in the long run to have depth and competition. Since I’ve been here, every time Jonny has had a challenge thrown at him he has been able to come out and score some runs. The trick for us is to come up with a challenge every time he goes out to bat. He has got the goods. The challenge for him will be at home on seaming wickets but he has certainly got the talent to master that as well,” said Bayliss.

Bayliss also lauded Jos Buttler, another contender for the wicketkeeper s role, for his matured approach in the series. Buttler scored a crucial 63 in the third Test, his seven fifty plus score in his last 10 innings.

“The way Buttler and Ben Stokes have gone about their batting in the last 12 months, I think people are beginning to see a different side to them. They are renowned for scoring quickly but we have seen innings showing they are turning into Test match players,” added the coach.

Root s England became only the second team after Australia to claim a clean sweep in Sri Lanka, with a 42-run win at the SSC on day four and the England captain said that he is not one bit surprised that this team achieved the historic feat.

It was a complete domination by the touring England side which clinched the one-day internationals 3-1 and the only Twenty20 match. 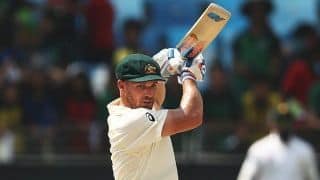