Bengal lost opener Koushik Ghosh early in the second innings when they came to bat for the second time in the match on the fag end of the second day, against Maharashtra. Bengal end the day at 16 for the loss of one wicket, and remain 325 runs behind Maharashtra’s first innings total.

Samad Fallah struck early again, bagging his first of the second innings, and eighth of the match.

Bengal needed to maintain their calm and see off the five overs remaining in the second day after Maharashtra ended their first innings for 455, but managed lose a wicket during that tricky period.

Earlier in the day, Sangram Atitkar scored a brilliant ton (168) to propel a huge first innings lead for Maharashtra. He was ably sported by lower-order bat, Anupam Sanklecha, who scored a fine 52. 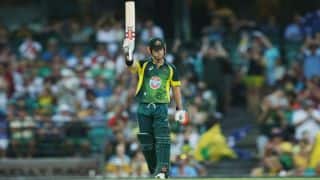