Chris Lynn has been given the captaincy of Brisbane Heat for the upcoming edition of the Big Bash League (BBL).

Lynn had earlier led the franchise during the 2015-16 season when he was named Player of the Tournament but Heat finished as wooden spoon holders. He is their all-time leading run-scorer with 1560 at 41.05 and a strike-rate of 158.21, with one century and 12 fifties, and the only batsman to hit 100 sixes in the competition.

“I really enjoyed the experience I had as Heat captain previously and likewise with Queensland. Leadership is something I have enjoyed since I was a young bloke starting out and I’m confident I am ready to handle it in the BBL, said Lynn. “We have got a settled squad with talent to burn and I can’t wait to get into the season and have a go.”

“Having Lynny as captain is right on the money,” said Brendon McCullum, the outgoing captain and Lynn s opening partner at Brisbane. He’s a senior player with lots of expertise and has been part of winning teams and successful clubs all over the world. I have enjoyed being able to tap into his thinking when I was captain and I know he is more than ready as skipper to enable us to play exciting, fearless cricket again this summer.”

ALSO READ: D’Arcy Short targets BBL stint to get back among runs

Lynn, having recovered from a niggling shoulder injury, returned to Australia s T20I and ODI squads in October. In four T20Is in the UAE one against the hosts and three versus Pakistan he managed poor returns of 20, 14, 7 and 15. In the ODIs against South Africa, Lynn made 15, 44 and a first-ball duck followed by 14 in the one-off T20I.

Brisbane open their BBL campaign against the defending champions Adelaide Strikers on December 19 at the Gabba. 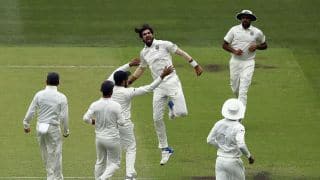 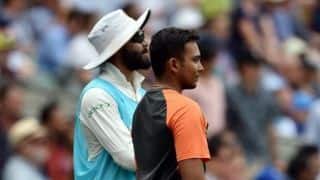