The Bihar Cricket Association were debarred by BCCI in 2001, but were reinstated back earlier this February

The Board of Cricket for Control in India (BCCI) under the leadership of new boss Anurag Thakur have started their initiative to develop cricket in all parts of country, with Bihar next in line. The Bihar Cricket Association’s (BCA) membership was disbarred by BCCI in 2001, but saw itself re-enter the frame earlier this February. In order to give chance to young players, a 15-day training camp was set up by the National Cricket Academy (NCA), in which 25 U-19 players took part from various regions of the state. They will be selected to represent the associate teams of BCCI, which is coached by Balwinder Singh Sandhu. ALSO READ: BCCI’s 1st annual conclave gets underway

Speaking about BCCI’s initiative, cricbuzz quoted president Anurag Thakur saying, “We’re committed to giving every aspiring cricket player in the country an opportunity and platform to perform and excel. We have already conducted a very successful camp in the North East and Bihar is next.”

“After these camps, there will be a tournament of associate and affiliate members, and the best players will get a chance as a combined team to play in national level tournaments across all age groups. This will give affiliate and associate members a chance to showcase their talent and gradually join mainstream cricket in India.”

The coach of associate nations, Balwinder Singh Sandhu spoke highly about the players from Bihar. “There’s plenty of raw, top-class talent here. With exposure, they’ll get better. These boys are strong, hence, they’ll make for good seamers. At least 10-12 boys are good enough to play at the Ranji Trophy level, and there are five-six budding pacers with huge potential.” 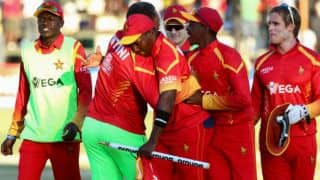 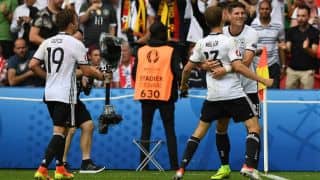