The Indian film industry was shocked after hearing about the news of ex-cricketer Mohammed Azharuddin's son Ayazuddin's death on Friday. 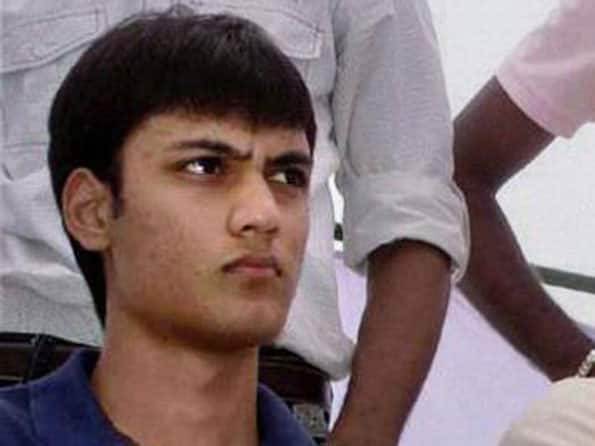 Mohammad Ayazuddin, the son of former India captain Mohammad Azharuddin, succumbed to the injuries he suffered during the fatal accident last Sunday

The Indian film industry was shocked after hearing about the news of ex-cricketer Mohammed Azharuddin’s son Ayazuddin’s death.

19-year-old Ayaz, who was critically injured when his bike skidded on the outskirts of Hyderabad on September 11, passed away earlier on Friday.

Bollywood stars mourned the death of Ayazuddin on Twitter.

Arshad Warsi tweeted, “My heart goes out to Azharuddin’s family for the irreplaceable lose of his son, may his soul rest in peace… Ameen…”

Sophie Choudry said, “Heartfelt condolences to Azhar and his family on the loss of his son. May Allah give the family strength. The incident is too tragic 4 words. Had met Ayazuddin several times. He had his whole life ahead of him. May his soul R.I.P.”

“Hope this tragic incident is a wake up call to all the young bikers out there! Please be safe, sensible & ALWAYS wear a helmet. Life is too precious,” she added.

Actor Sonu Sood said, “OMG! Azaruddin’s son’s news been so shocking. My heart goes out to the family. May god give strength to the family. Deeply saddened.”

Rahul Bose said, “Very very sad to hear the passing away of Azhar’s son. No parent should ever have to face such a tragedy. May he have the strength to go on.”

Farah Khan Ali expressed, “My heart goes out to Azharudin and Noureen for the demise of their son Ayaaz. May god give them strength in this moment of grief. RIP Ayaaz. The loss of a child is irreplaceable and only a parent knows that. Youngsters out here please be safe and careful for the grief is lifelong.”

Ashish Chowdhry, “I can imagine the pain and grief of Azhar and his family on Ayazuddin’s loss. Life is bloody unfair at times. God bless them all. Really hate Bikes.”

Aftab Shivdasani said, “Extremely sad on hearing about the demise of Azharuddin’s son Ayazuddin… Praying for his soul… My heartfelt condolences to the family.”