For Zimbabwe to be hopeful of making the final, they have to beat Bangladesh and Afghanistan.

Bangladesh beat Zimbabwe by 39 runs
Man of the Match: Mahmudullah

Sean Williams understands how crucial the tri-series in Bangladesh is for Zimbabwe to return to normalcy after a few tumultuous weeks of events that have transpired off the field. Zimbabwe were suspended by the ICC in July, resulting in them missing the T20 World Cup qualifications, and causing further disturbance within the board and squad.

“We’ve learnt a lot from what we’ve been through,” Williams said after Zimbabwe’s net session at ahead of their game against Bangladesh on Wednesday. “You can see the team starting to bond more and more, and come together more as a unit.”

Zimbabwe have lost both matches of the Tri-nation series, suffering a narrow three-wicket win against Bangladesh in the series opener before going on to lose to Afghanistan by seven wickets. For Zimbabwe to have hopes of making the final, they have to beat Bangladesh on Wednesday and then Afghanistan on Friday.

“Both games are must-win games for us,” Williams said. “If we do the basic things correctly, that is our fielding, you know there are fine margins in this game, and if we can improve in those areas, we stand a good chance of winning both of these games. If we can make better decisions on the field more frequently, I think we have a good chance of pushing through.”

Like Zimbabwe, Bangladesh are seeking some retribution themselves. After failing to make the semi-finals of the World Cup, Bangladesh were whitewashed 0-3 in Sri Lanka and dealt a shocking 224-run loss at the hands of Afghanistan in the one-off Test. That said, Williams is not making the mistake of taking their opponents lightly.

“They’re under pressure, and we know that,” Williams said. “But again, it goes back to us doing the basics [right]. Bangladesh is a very strong team, all around. They’ve got a very good structure, going all the way down to the club levels. T20 cricket can go either way. It’s fine margins.

“They’ve got some very good players and some experienced campaigners: Shakib, Mahmudullah, Mushy [Mushfiqur Rahim]. They’re all very good players and we respect that fact. There’s no game we’re ever going to take lightly. We’d just like to go out there, focus on our own things, and do what’s required for our team. If we focus on what we need to do, everything will take care of itself.”

Zimbabwe have their share of senior pros too. The likes of Brendan Taylor, Hamilton Masakadza and Williams themselves have been in the country a number of times, including for their stints with the Bangladesh Premier League. With Zimbabwe looking to the future, Williams explained it was needed for the senior players to step up to send a positive message to the youngsters.

“We give a lot of input to the junior guys. It’s how they take it in. What we do as senior players is important as the backbone of the team, to teach them for the future. There have been a few of us underperforming of late, so we need to step up as a senior group and get the juniors following. They’ve got us out of trouble twice now. If the seniors can step up and do well – Craig [Ervine], myself, Brendan is showing signs of very good form. So if we can step up, we’ll have a very good chance.”

With Masakadza set to retire after the series, Williams will lead Zimbabwe, which incidentally, is another T20I tri-series featuring Singapore and Nepal. With a good number of youngsters in the squad, Williams is eager to play alongside them.

“Leading up to the Singapore series, with some younger guys coming to join the squad and a couple of senior guys going across to Singapore, it’s going to be exciting,” he said. “I really look forward to having those junior guys coming through the ranks. They’re already showing signs that some of them could be world-class players. I wish them all the very best, and hopefully, we can watch them go all the way.” 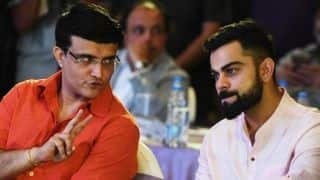 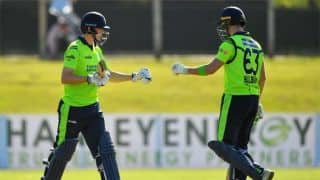