Brad Haddin criticised Cricket Australia’s decision to select Cameron Bancroft ahead of the likes of Tim Paine and Peter Nevill for the third Twenty20 International (T20I) against India at Sydney. IT was the final match of their three-match T20I series. Losing the firts two matches, Australia desperately wanted to win the third T20I on Sunday. However, Bancroft’s blunder during the final stages of the match when he missed a cricitical stumping of Suresh Raina cost Australia the match eventually. Raina along with veteran Yuvraj Singh ensured India successfully chased down Australia’s target of 198 as Raina scored a boundary on the final ball of their innings when India needed two runs off that ball. FULL CRICKET SCORECARD: India vs Australia, 3rd T20I at Sydney

According to ESPNCricinfo, Haddin said,” I’m a bit shocked with the decision to play Bancroft, because Tim Paine had a really good Big Bash, and Peter Nevill’s keeping has been outstanding. His batting’s been faultless because he hasn’t had to bat all summer.”

He added, “I think [Bancroft] is a tremendous character and a tremendous opening batter, I think it was a big call giving him the gloves, he only had a couple of games in the Big Bash, and last night there was a stumping missed by Raina early in his innings. My feeling’s that you should pick the best keeper, especially with the World Cup coming.” 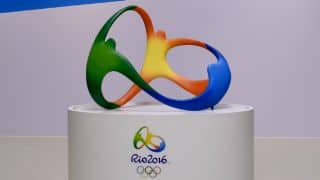