Former Test cricketer Brad Hogg has expressed his interest to play in the Twenty20 World Cup for Australia, which will be held in Sri Lanka later this year. 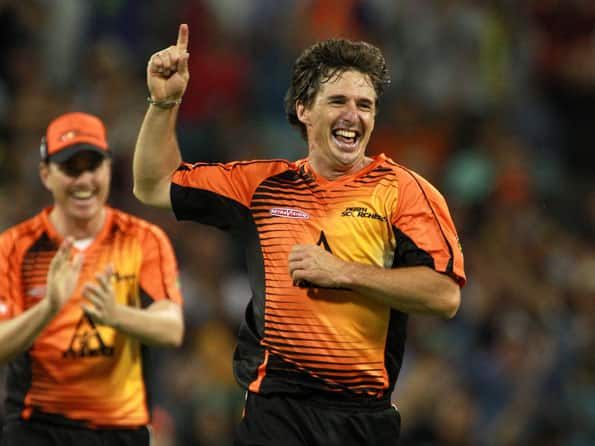 Former Test cricketer Brad Hogg has expressed his interest to play in the Twenty20 World Cup for Australia, which will be held in Sri Lanka later this year.

“I ve been part of two 50-over world cups and one T20 World Cup and we didn t do too well in that T20 World Cup, so if they asked me I would definitely put my hand up and say yes,” he said.

“At the end of the day, if they’re picking the best 15 and they think that I m in the best 15, I won t say no. Firstly, I ve got to make sure that I m fit and I ve played a few games to show that I’m worthy of being part of the team so I’m not taking it lightly,” Hogg was quoted as saying by Adelaide Now.

“It’s not one of these things that you just come and play. I want to make sure that I could do a job and at the present moment I m doing that job,” said Hogg, who played seven Tests and 123 ODIs but only two T20 internationals for Australia.

The left-arm spinner had recently said that he would like to return to the first-class arena for Western Australia, but only if it doesn t proves detrimental to up-and-coming spinners.

Hogg, who is playing for Perth Scorchers in the Australian Big Bash League, has impressed everyone with his comeback to competitive cricket taking six wickets at an average of 19.16 in five matches.