Brendon McCullum has called time on his professional career, announcing retirement from all forms of cricket on Monday.

Former New Zealand captain Brendon McCullum has called time on his professional career, announcing retirement from all forms of cricket on Monday.

The Global T20 League in Canada will be McCullum’s final competition as an active cricketer and has withdrawn his participation from the inaugural Euro T20 League where he was to play for Glasgow Giants.

“It is with pride and satisfaction that I am today announcing my retirement from all cricket following the conclusion of the GT20 in Canada,” read a statement from the 37-year-old on posted on his official Twitter handle. “I now won’t be playing in the Euro T20 Slam and I sincerely thank the organisers for their support and understanding of my decision.”

McCullum, who quit playing international cricket in early 2016, continued participating in various T20 leagues across the globe. He went unsold at the 2019 IPL auctions and then also retired from Big Bash League earlier this year.

It s been real… pic.twitter.com/sdCqLZTDz6

McCullum revealed he lost the drive to extend his professional career in the recent months and so has decided to call time on his career. “As much as I am proud of what I’ve achieved in my 20-year professional career more than I ever could have dreamed of when I first entered the game. I have felt the drive to keep going, harder to maintain in recent months,” he said.

He continued, “My style of cricket has always been full noise, full throttle. From Culling Park to Lords and everything in between, there has been some wonderful memories. Unfortunately, the sacrifices needed and commitment required to play that type of cricket have now become too great,”

He further added, “I owe it to myself and the teams I represent to close that chapter rather than just plough on regardless of what I know to be true. I look back with pride over the way I’ve played the game and what I’ve achieved. With New Zealand, we broke boundaries and established a style of play that earned us respect across the world. In T20 cricket, I’ve enjoyed so many varied challenges, I can leave the game knowing I left no stone unturned.

“I’d like to express a heartfelt thank you to my family, friends, teammates, coaches, administrators, media and fans who’ve supported me and enabled me to take the opportunities I’ve been given. It’s been one hell of a ride but I’ve always maintained that all good things must come to an end.

“The next chapter, in both media and coaching will challenge me further. I’m sad to leave playing the game I love behind, but I am excited about what the future holds.” 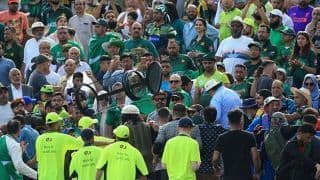 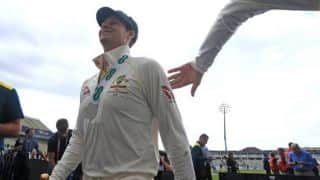