The three-match series is essentially a World Cup warm-up for both New Zealand and South Africa.

New Zealand captain Brendon McCullum said the class of AB de Villiers and JP Duminy denied his side a win in the opening One-Day International (ODI) against South Africa on Tuesday. McCullum said he was pleased at his side’s fightback after losing early wickets and the return of veteran all rounder Dan Vettori after 15 months on the sidelines, after

Wicketkeeper Luke Ronchi’s gritty 99 was the standout performance for the Black Caps but he had little support apart from unlikely strike partner Trent Boult, with whom he set a New Zealand record 10th-wicket stand of 74.

The three-match series is essentially a World Cup warm-up for both sides as New Zealand prepares to co-host the tournament next year.

However, South Africa could also overtake Australia as the world’s top ranked ODI team if they complete a 3-0 whitewash over the Black Caps, who are ranked seventh.

“There were some fighting qualities there but unfortunately the class of AB and JP towards the end meant we couldn’t win,” he said. 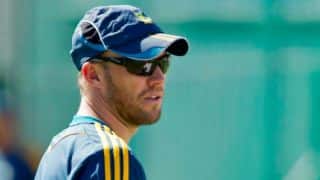 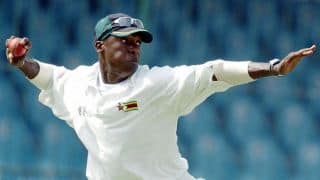