Brendon McCullum said Tuesday he will retire from all international cricket after the Test series against Australia in February.

Blockbusting batsman and New Zealand captain Brendon McCullum said Tuesday he will retire from all international cricket after the Test series against Australia in February. His 101st and last Test will be the second Test against Australia which starts in his home town, Christchurch, on February 20, reports AFP. McCullum, 34, said his retirement meant he would not be in the New Zealand team to be named soon for the World Twenty20 in India from March 8 to April 3. “Ideally, I would have preferred to wait until after the Test in Christchurch to make this news public. However, the schedule for naming the ICC World T20 squads means I couldn’t have managed this without causing a lot of confusion and speculation, something I was keen to avoid,” he said.

However the big-hitter, with a Test best innings of 302 and co-holder of the world record of 100 Test sixes with Australian Adam Gilchrist, said now was not the time for him to dwell on his achievements. “There’s a time and place for reflection and that’s at the end of your career,” he said. Kane Williamson, whose unbeaten century steered New Zealand to victory over Sri Lanka in the second Test in Hamilton on Monday, was immediately confirmed by New Zealand officials as the new captain for the World Twenty20. Brendon McCullum breaks AB de Villiers record of most number of consecutive Tests since debut 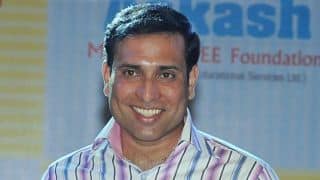