He will play alongside Suresh Raina, Ravindra Jadeja and Dwayne Bravo in the Rajkot Team

Brendon McCullum gave the apt start at the first IPL match of Kolkata Knight Riders where he scored 73-ball 158 against Royal Challengers Bangalore in 2008. After 8 years, he is the first foreign player to be selected in the IPL Players Draft- this time for Rajkot. This is the fourth time his franchise has been changed after KKR, Kochi Tuskers and Chennai Super Kings. His performance is last two seasons with CSK has been impeccable with total runs of 841 runs with five fifties and a century. McCullum spoke to Times of India on Tuesday, December 15 and this is what he said, “Having played in India on so many occasions over the years, I am excited to be part of the Rajkot side for the next edition of the IPL. It has always been great playing in India as the crowds give you so much love, and they have an enthusiasm for the game which is unmatched.” READ: Suresh Raina, Ravindra Jadeja, Brendon McCullum among players picked by Rajkot franchise for IPL 2016

When asked if he would miss playing with CSK skipper MS Dhoni he said positively, “In the Rajkot team, I will still be playing alongside Suresh Raina , Ravindra Jadeja and Dwayne Bravo with whom I have had a wonderful time at CSK.”McCullum’s total IPL runs from 76 matches has been 2080 runs.

Also when asked if he would like to lead Rajkot Team, he added, “I think it’s too early to speak on it as the draft itself has just happened.” New Zealand won by 122 runs against Sri Lanka in their first Test at Dunedin and McCullum went on to equal his record with Adam Gilchrist for most sixes in Test (100). On asking about his record during the first Test, McCullum said, “Oh, it was a great feeling to get that (record). As I said earlier, this was one hundred I definitely cared about. Hitting my 100th six was a moment I would definitely cherish as I had an eye on this record. I hope to hold on to this for some seasons at least.” READ: Brendon McCullum equals Adam Gilchrist for most sixes in Tests 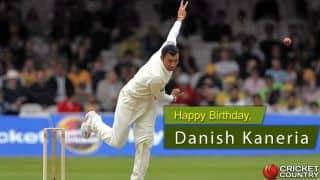 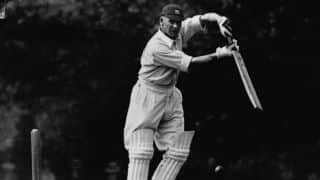