Brendon McCullum has moved to 12th in the latest ICC Test rankings for batsmen.

New Zealand captain Brendon McCullum’s match-saving knock of 302 in the Wellington Test against India has helped him jump eight places to a career-best 12th in the latest ICC rankings for Test batsmen.

McCullum, who became the first New Zealander to score a triple hundred, helped draw the second and final Test on Tuesday, to thereby win the series 1-0. Named the Player of the Match, he now shares the spot with Australia’s David Warner (up by three).

Warner scored 115 in the second innings of the first Test against South Africa at the Centurion, a match won by his side by 281 runs.

McCullum’s partner in a world record sixth-wicket partnership worth 352, BJ Watling, has also moved up the rankings, jumping three places to 45th as a result of his knock of 124.

Australia’s Shaun Marsh, meanwhile, has made a return to the table in 63rd position following scores of 148 and 44 in the Centurion Test against South Africa. 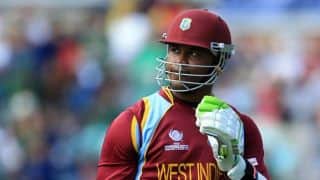