Ben Dunk and Aiden Blizzard continued their charge for the Hobart Hurricanes against Cape Cobras in the sixth match of the Champions League T20 (CLT20) 2014 at Hyderabad. The Hurricanes were in control at 90 for one after 10 overs. 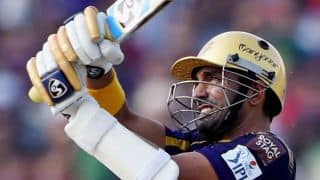