The Celebrity Cricket League (CCL) 2015 had a grand opening on Saturday at the Brabourne stadium in Mumbai. CCL is a non-professional league, contested by eight teams consisting of film actors from eight major regional film industries of Indian cinema. CCL was first started in 2011 and since its inception, CCL has attracted a large number of viewership on Television.

The opening match of this season was played between Mumbai Heroes and Veer Marathi.  There are eight teams in the league and they are being split into two groups. So each team will play minimum of three games. Karnataka Bulldozers, Bhojpuri Dabanggs, Telugu Warriors and Bengal Tigers are placed in Group A. Mumbai Heroes, Veer Marathi, Chennai Rhinos and Kerala Strikers are placed in Group B. Mumbai, Hyderabad, Ranchi, Bangalore, Ahmedabad — are the venues for this years’ Celebrity Cricket League.

Top two teams from each groups of CCL will play in the semi-finals. The final of the CCL 2015 will be played at the Lal Bahadur Shastri Stadium in Hyderabad on February 1, 2015. 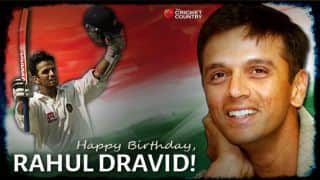