Vijay scored 16 boundaries and five sixes en route to a century, in the company of KL Rahul (62 off 98) as the warm-up game ended in a draw with India scoring 211 for 2.

Murali Vijay and KL Rahul spent valuable time in the middle and bought themselves some much-needed batting practice against Cricket Australia XI in Sydney. In the absence of Prithvi Shaw, Vijay scored 16 boundaries and five sixes en route to a century, in the company of Rahul (62 off 98) as the warm-up game ended in a draw with India scoring 211 for 2 in the second innings.

Rahul and Vijay, India’s opening combination for the Adelaide Test starting Thursday, put up over a hundred runs for the opening wicket after CA XI were dismissed for 544.

Resuming the final day on 356/6, Harry Nielsen and Aaron Hardie took CA XI to 413 before their 179-runs partnership was broken by Ishant Sharma. But it wasn’t before Hardie had struck 10 boundaries and a six to score 86 off 141. Unlike Hardie, who missed out on a century, his partner Nielsen registered his with nine boundaries before Virat Kohli got the wicket off a rank long-hop much to the amusement of the Indian captain.

Daniel Fallins and Jackson Coleman chipped in with vital contributions down the order as Indians were kept on the field for 151 overs before Jasprit Bumrah bowled and cleaned up Coleman and bring the innings to a close. India tested their fifth bowling options again as Vihari (0-34), Virat Kohli (1-27) and Murali Vijay (0-17) sent down 13 overs between them.

Trailing by 186 runs, India’s top order came into its elements with Vijay and Rahul beginning strongly. Having failed in the first innings, Rahul looked a lot more assured during his 62, while his partner, Vijay, in his only outing in the game, struck a fine century, getting there with a six and a four off Jake Carder.

Vijay looked in imperious touch, peeling off four sixes off Carder, including a 26-run first over from the offspinner. He got to his fifty off 91 deliveries but raced through for his next fifty runs off just 27 balls. He and Rahul put on 111 runs D’ Arcy Short broke the stand. Rahul connected a full toss from Short to give his opening partner Max Bryant an easy catch at midwicket. Vijay was then dismissed on the closing stages of play and with the score at 211 and 15 minutes to go, the players shook hands.

It seems all but certain that Vijay and Rahul, who have opened on 25 occasions for India over the past, will face the new ball in Adelaide. 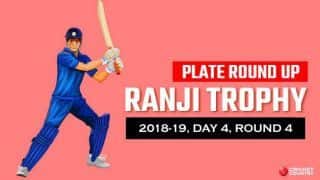 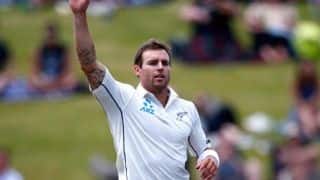