The DLS system, since its introduction in 2014, is being updated for the second time and the latest iteration will be its third such version.

The International Cricket Council (ICC) has released an updated Duckworth-Lewis-Stern (DLS) system which will be applicable from September 30 when South Africa host Zimbabwe for the series opening ODI of their three-match series in Kimberley.

The DLS system, since its introduction in 2014, is being updated for the second time and the latest iteration will be its third such version.

The change was necessitated after an analysis over a period of four years, that included 700 ODIs and 428 T20Is, revealed that batting teams have been managing to up their scoring rates for a longer periods with a slightly higher proportion of their final total coming in the final stages of the innings.

In a media release on Saturday, the ICC said, ” the current analysis is based on information from 700 ODIs and 428 T20Is, which comprise over 240,000 outcomes of individual deliveries.”

“The latest analysis has revealed that teams have been able to extend their acceleration patterns for longer periods, and the average scores in ODIs have continued to increase. This means that par score calculations will assume that teams will be able to score a slightly higher proportion of their runs towards the end of an innings.

“In finalizing the updated version, the scoring patterns between ODI (final 20 overs) and T20 were analyzed, as were the scoring patterns between men s and women s international matches. The study has confirmed that in both cases, while overall scoring rates are obviously different, wicket-adjusted resource utilisation rates are essentially identical.”

The cricket’s global governing body has also introduced new offences and changed the level of sanctions for few existing offences. They will also be applicable from Sunday.

=>Attempting to gain and unfair advantage (cheating, other than ball-tampering) [Level 2, 3]

The maximum sanction for a Level 3 offence has been increased from eight suspension points to 12 suspension points (equivalent to 6 Test matches or 12 ODIs). Match referees will now hear Level 1, 2 and 3 charges with a Judicial Commissioner only hearing Level 4 charges and appeals. 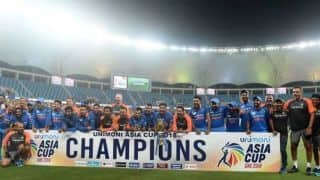 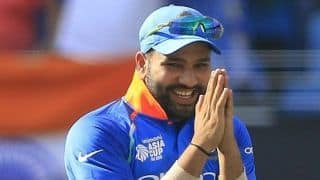