Buchanan slammed Cricket Australia s win at all costs attitude and admitted that it did affect the sport on the field.

The epic-centre of Australian cricket s downfall can easily be traced to the ball-tampering scandal during the Cape Town Test in March this year that led to one-year suspensions of Steve Smith, David Warner and Cameron Bancroft.

However, the ongoing turmoil that has engulfed the sport Down Under will not impact the marquee Test series against India, according to former Australia coach John Buchanan.

Rather than view CA [Cricket Australia] in turmoil, I would like to think of it as a golden opportunity for it to begin to make significant changes to how they operate off-field as well as on-field. There is little doubt that the two ethics reports have highlighted many issues that need rectification 42 recommendations in fact, Buchanan was quoted as saying according to a report in Mumbai Mirror on Wednesday.

However, there will be a new chairman appointed. There will be new board members appointed. There is a new CEO who will have some new senior leadership team members, including a new high-performance manager. There is a new head coach, Justin Langer. The CA needed a wake-up call, which it has got. And so now there is real opportunity with new people in charge to move relatively quickly for change.

Australia recently lost the ODI series against South Africa to close a nightmarish year for the defending ODI champions as their win percentage in one-dayers sits at 18 per cent. After the series against the Proteas, Australia have lost 11 from the 13 ODI matches in 2018, their worst ever year in cricket history.

Buchanan admits the hosts are rattled and vulnerable, but they will bounce back and beat India.

India has struggled to win in Australia. Even though Australia seems vulnerable at the moment, very few teams travelling away these days are successful. It should be a very interesting series, tightly-contested at times, but I still expect Australia to prevail, he said.

The 65-year-old Buchanan slammed Cricket Australia s win at all costs attitude and admitted that it did affect the sport on the field.

There are a lot of distractions around the Australian teams at the moment, which are definitely impacting their ability to perform. There is little doubt that talent is still available to Australia, but it will take Justin Langer (coach) some time to rebuild a team that is confident in its own ability to win again.

On the other hand, the women s team goes from strength to strength which is no doubt an interesting reflection on the so-called win at all cost culture that allegedly pervades everyone associated with Australian cricket. That is to say, they are winning in a way that is both entertaining, yet demonstrating the spirit of the game and sport concurrently.

He said that Australian cricket requires an urgent revamp. Like many organisations, there have been poor practices that have crept in over time. Because they creep in, people internal to the organisation are often unaware of it happening, and believe any criticism in unwarranted, he said.

These poor practices include the type of culture that is accepted within the Australian Cricket team as well as internally within CA. The culture is driven or at least reinforced by leadership from the board through senior leadership to leaderships and leaders of organisational divisions of CA and Australian team leadership. 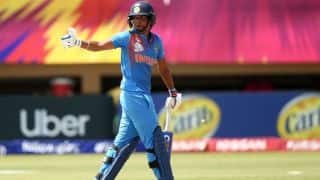 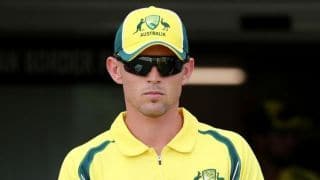