The charge sheet has been submitted by the Kolkata police on Shami's estranged wife Jahan's complaint.

India pacer Mohammed Shami suffered a major blow on Thursday when a charge sheet was filed against him under IPC 498A (dowry harassment) and 354A (sexual harrasment). “A chargesheet has been filed against cricketer Mohammed Shami under section 498A (domestic violence) and 354A (Sexual harassment). The case will begin in a month,” a senior officer of the Kolkata Police said.

In March last year, the Bengal pacer was accused of domestic violence and extra-marital affairs by wife Hasin Jahan. The case was probe by the BCCI s Anti-Corruption officials after there were allegations that Shami took money from Pakistan contacts. According to ANI, the charge sheet has been submitted by the Kolkata police on his estranged wife Jahan’s complaint. (ALSO READ: Mohammed Shami summoned to Kolkata court in cheque bounce case)

“If charges are proved (in court), the punishment may amount to five years imprisonment and fine,” Dip Narayan Pakrashi, public prosecutor in the eastern city of Kolkata, told AFP.

Jahan took to social media to post screenshots of Shami’s alleged affairs with other women. She also accused him of match-fixing. He was stripped off his contract by the BCCI following the accusations, but was given a clean chit after head of the BCCI ACU, Neeraj Kumar found the pacer not guilty. The chargesheet has been filed by the Kolkata police before the Alipore Police court. (ALSO READ: If Mohammed Shami can cheat upon me, he can cheat India as well, says wife Hasin Jahan)

Shami was part of the Indian squad that lost the five-match ODI series against Australia. According to reports, his World Cup could be in jeopardy with the next hearing of the case on June 22. The Indian squad for the global showpiece event in England which begins on May 30 will be announced by April 23. 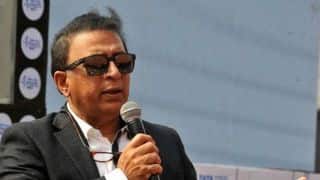