South African fast bowler Kagiso Rabada is turning out to be a sensation for his nation on the absence of their top bowler in the form of Dale Steyn.

South African fast bowler Kagiso Rabada is turning out to be a sensation for his nation on the absence of their top bowler in the form of Dale Steyn, who is missing out due to an unfortunate injury, while Rabada was magical vs Australia on Day 4 of the first of the three-Test series at the Western Australia Cricket Association (WACA) Stadium in Perth on Sunday. Rabada dismissed Australian skipper Steven Smith with a magical delivery, followed by veteran Adam Voges, just eight bowls later, as the Australians were suffering with four wickets down, with a long way to travel. LIVE CRICKET SCORECARD: Australia vs South Africa, 1st Test at WACA, Perth

Meanwhile, Charl Langeveldt, South Africa assistant coach praised Rabada for his excellent bowling display. Great over, excellent over. That s why we want Test cricket, that s why we re promoting Test cricket. That s why people like to come watch that. I think the real cricket supporters would love that over. It gave me goosebumps sitting in the dugout. If you re 21, bowling eight-over spells at 145kph-plus it s always exciting. I think he s gone a long way in international cricket. He s a quick learner, he asks a lot of questions and he s very knowledgeable about the game, said Langeveldt, reports cricket.com.au. LIVE Cricket Updates, AUS vs SA, 1st Test, Day 5 at Perth

I said to him your first season in any form of cricket, first-class or international cricket is the easiest. The second year people work you out. He s one of those type of bowlers who always wants to improve. I said you re going to be tested here [in Australia], they play their cricket hard and he came and said what makes you successful? . That s the type of questions [he] asks me and he s executed it. At the end of the day I said second year is going to be hard, you re always going to be tested in the second season and it s what you make of it, he concluded. 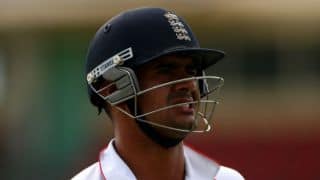