India had a tough day in the field as the pitch flattened out and the hosts rallied to 252/5.

New Zealand’s spectacular fightback in the ongoing third Test was helped to an extent by dropped catches but Indian batsman Cheteshwar Pujara on Sunday defended his teammates, saying their fielding has been “fantastic” for most part of the trip.

After two days of domination at the Basin Reserve, the visitors had a tough day in the field as the pitch flattened out and the hosts rallied to 252/5 in their second innings to wipe off the first innings deficit.

While wickets didn’t come in the last session Sunday, a couple of close chances went down in the field, particularly off centurion Brendon McCullum who benefitted on both occasions. It was, in fact, the difference between the match finishing on Sunday and going into a fourth day.

“If you look at both the Test matches we have taken so many good catches. Not only on this trip, but in South Africa also, the Indian fielding has been fantastic. We have effected many run-outs and held many good catches. So you are bound to drop a few catches here and there,” said Pujara, defending his mates, after the third day’s play.

“It has been a fantastic game so far with many turns. But we are still in a very good position. If we can get a couple of quick wickets early on tomorrow, a lot of time is available. We are happy with the way things have shaped up.

“We could have been happier with a couple of more wickets but we are in a good position and in with a good chance to win this Test match,” he added.

The Kiwis almost lost their way before recovering through a fine partnership of 158 runs for the sixth wicket between McCullum (114 not out) and BJ Watling (52 not out).

“We have to give credit to their batsmen. The way they batted was really good. Brendon batted well and that partnership was very crucial for them. We tried our best but they were the winners in that last session. Like I said earlier, if we can get a couple early wickets then we can go through the tail-enders,” he said.

“The pitch is getting better day by day. Our bowlers did a very good job and bowled in the right areas. They didn’t allow them to score many runs, which is a good sign for us.  Overall looking at the wicket, they bowled really well,” Pujara added.

When asked, what sort of target the Indians will like to chase now that the Kiwis have taken a tiny lead, Pujara replied, “We don’t want to chase a big target obviously, the lesser the better. But you cannot keep any targets in mind while bowling. We want to get them out as early as possible.”

In the end, the line of questioning moved to his form, as the batsman has gotten starts in this series but somehow failed to convert them. Even so, he is now part of the Indian ODI team to play in Asia Cup.

“I am confident of playing the ODI format well. It is just that I need to get a couple good scores in that format. I have done really well in the domestic matches I have played.  So I am confident of a good showing in this format as well,” Pujara signed off. 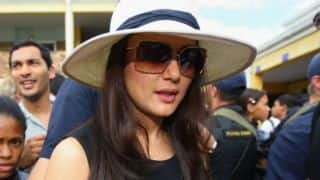 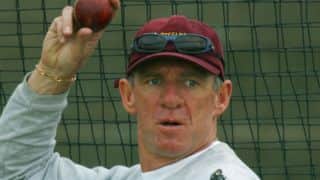