Cheteshwar Pujara had a fantastic tour of Australia helping India win their first-ever series Down Under finishing the Test series as the highest run-getter with 521 runs at an average of 74.42. (ALSO READ: Pujara s impact monumental in India s maiden series win in Australia)

He got the better of a potent Australian bowling attack consisting Mitchell Starc, Pat Cummins, Josh Hazlewood and Nathan Lyon to the point that Lyon was forced to ask Pujara if he isn t bored off batting this long, in the fourth Test. (ALSO READ: Pujara bats and bats, and then bats some more, to give India advantage)

Talking to The Times of India, Pujara revealed that that comment from the Australian off-spinner is one of the best sledges he received from an Australian player. (ALSO READ: Gritty Pujara keeps India alive at Adelaide)

I think in the third or fourth Test, they were trying to sledge me but at the same time they started laughing in the end, Pujara recalled. Lyon came and told me: Aren t you bored of batting now?. Yes [on Lyon remark the best sledge] I never thought that he ll say such a thing. (ALSO READ: Pujara reiterates value of thrift and circumspection)

However, the Saurashtra batsman picked a remark during Australia tour of India in 2017 as the best sledge from an Australian player when in the Ranchi Test – 3rd Test of the series – a player said if he doesn t get out they will need wheelchairs.

When we were playing against Australia in the third Test in Ranchi in 2017, one of the players came and told me Now if you don t get out, we ll have to ask for wheelchairs. I was batting on 170-plus. That s the best sledge I remember from an Aussie player, remembered Pujara. 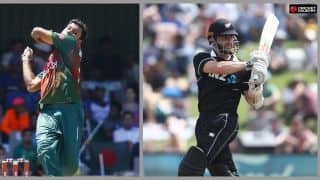 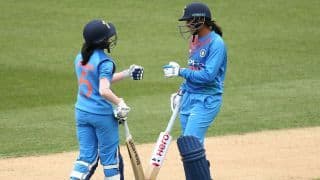